Sometimes we tend to serch for something excitin and gain new emotions. That's a problem that can definetly be solved in laser tag arenas, as it is a sport very exciting game. So what is it, and why for many people it has become a new hobby? Laser tag or laser battle is a military sports team game that takes place in real time and space. The goal of this game is to dominate the opponents team by "shooting" them with harmes infrared laser beams according to the selected scenario. It is a lot safer than airsoft or paintball, because laser beams don't hurt players of the game. When laser reaches opponents vest with sensors or headband, players injury is registred. All the defeats and victories are recorded by an electronic device, and at the end of the game the winning team and the best shooter in both teams is determined. 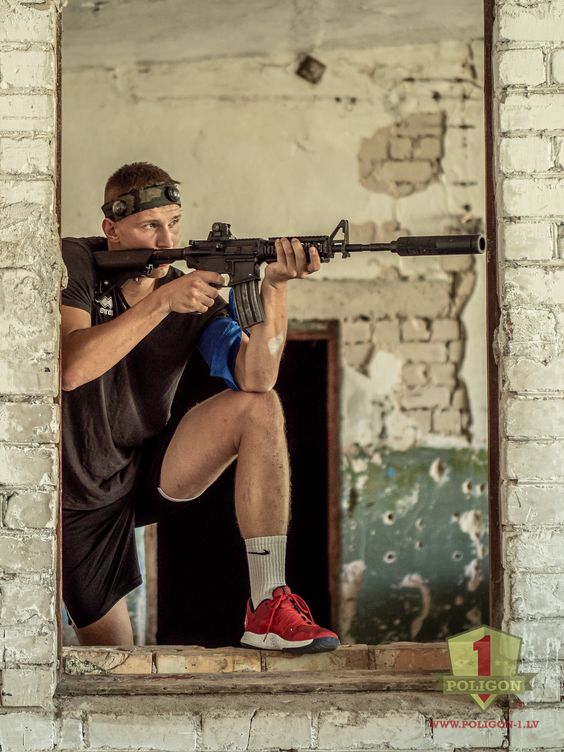 In order to hit as many players of the opposing team as possible, you need to develop the right strategy, organize the interaction within the team, competently distribute tasks and roles. As a result, the team achieves coherence and achieves control over the game situation. And consequently - wins!

MILITARY SPORT OF THE NEW GENERATION
The game is a simulation of the military mission, which is spelled out in specific scenarios. You choose the scenario you are interested in the game, weapons, ammunition. During the game, you apply different tactical methods, develop athletic skills, the ability to achieve goals.

REAL TIME AND SPACE
Games are held at any time of the year and can happen almost anywhere - in a forest, a park or a specially equipped arena. Laser tag is great for corporate events, birthdays and just active leisure with friends in nature.

ADVANTAGES:
—You won't get hurt by laser tag guns.

—Exceptional protection for human health, since the infrared pulse is harmless.

—There are no age restrictions. Laser tag is sport and leisure for anyone!

—Laser tag is the most honest sports game. The fact of hitting is recorded electronically, which can not be cheated.