The big labyrinth in Sigulda is already open and waiting for guests!

When it comes to labyrinths, we recall the ancient Greek myth of Ariadne’s thread. The myth says that the King of Crete – Minos each year sacrificed seven young men and seven girls to be eaten by the Minotaur. The monster, which looked like half the bull and half the human, dwelt in a labyrinth, from which the sent victims could not escape. Among the victims was also Theseus, whom Ariadne, the daughter of the King of Crete, fell in love with, she passed on to her beloved a sharp sword and a tangle of thread. Theseus tied the end of the thread at the entrance and followed the tangled corridors, gradually unwinding the tangle. Having killed the Minotaur, Theseus, following the thread, found the way back from the labyrinth and brought out all the doomed.

Nowadays the theme of labyrinths has become especially popular. And as an entertainment we offer you the largest labyrinth in Latvia called “MINOTAUR – LABYRINTH”, which is located in Sigulda at 15 Miera iela. The area of ​​the labyrinth is more than 1000m2, and the length of the route, along which you have to go is ~714 m. The labyrinth has not only a self-explanatory name, determined by the number of turns in it, but also an intricate structure. Thus, the road from the labyrinth is only one, but moving down it is a real intellectual challenge as it is very easy to get lost in the labyrinth.

You have to choose one of many moves, complete the labyrinth and find a way out, rely on your intuition and then you can avoid getting into a dead end. But that’s not all, during the passage of “MINOTAUR-LABYRINTH” you will have a special task for which you will need to find checkpoints and mark them on your map, which you will get entreat the entrance. If the task is completed successfully, you will receive a diploma. Also each of those who ventured to cross the threshold of the labyrinth, after passing it, will be able to compete for an additional prize. Be attentive during the passage of the labyrinth, explore, remember and then the prize will get to you.

Passing “MINOTAUR – LABYRINTH” is an opportunity not only to concentrate on making an important decision for you, but also to have fun in a friendly company or a romantic atmosphere. The passage of our Labyrinth will help to test your logical abilities, terrain orientation, moral restraint and cope with phobias of enclosed space, if any. We hasten to please you – for the passage of the labyrinth there is no age category, it will be interesting for both children and adults, besides, the passage of the labyrinth does not depend on the weather conditions. 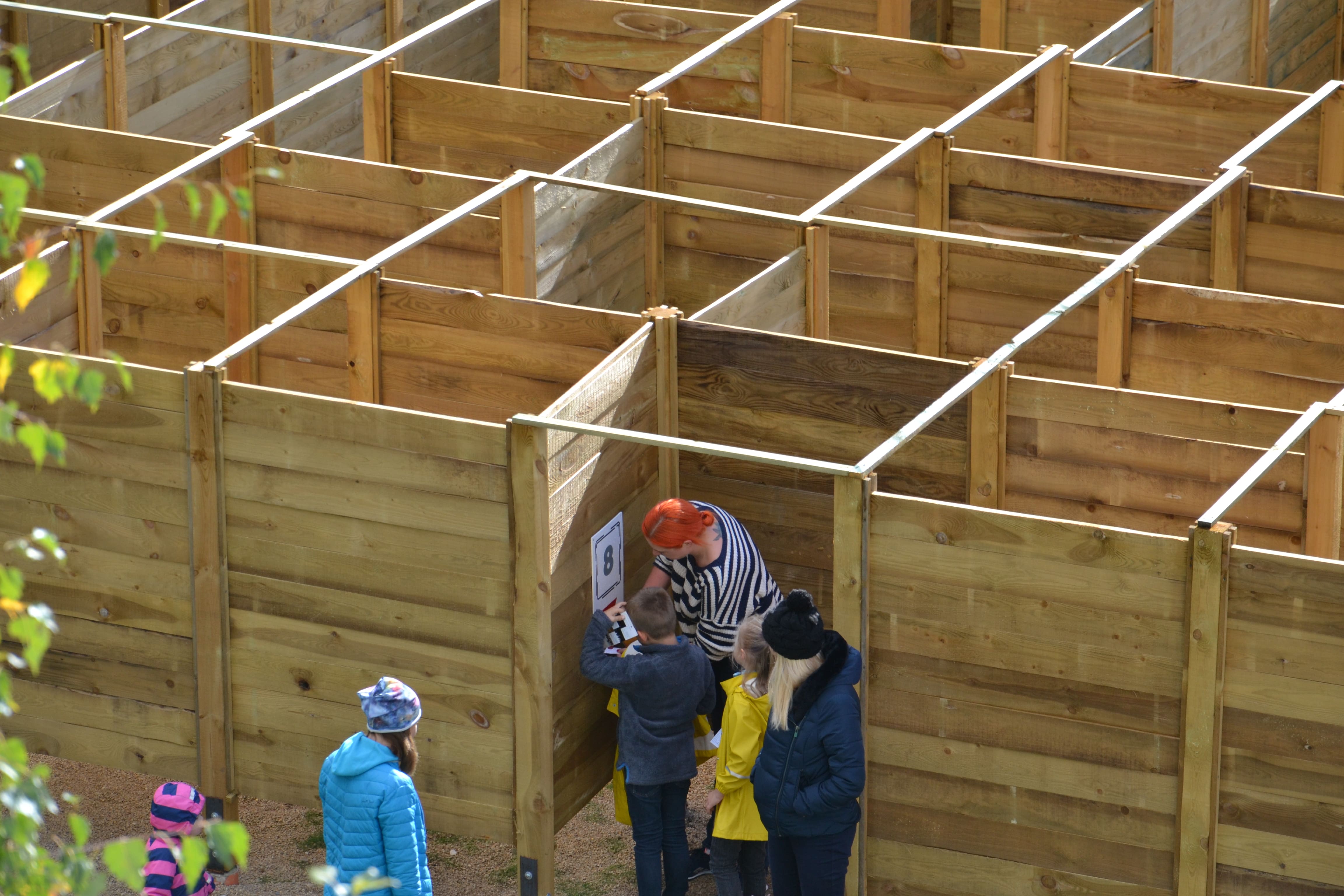